Michalis Marinos - In the role of "Makis"

Stela Fyrogeni - In the role of "Eva" 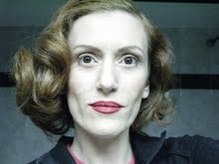 Stela Fyrogeni was born in Germany and raised in Thessaloniki. She studied phonetics, expressional movement and improvisation. She is a distinguished graduate from Drama School of the National Theatre of Greece. Performed as a singer in several concerts and music stages in Thessaliniki, Athens and Nicosia and is the lead singer of the music group STELAFI. As an actress, she has collaborated with the National Theatre of Greece, the theatrical group Persona, the theatrical team Open Arts and since 1995 with THOC, in more than 70 theatre productions. Stela has participated as lead actress in 12 feature and short films and has been awarded Best Leading Actress for her role in "THE ENTOMOLOGIST" (1997, Dir. S. Papageorgiou) at the 6th Mediterranean Festival of New Filmmakers and for "PHARMAKON" (2010, Dir. I. Mylonas) at the Cyprus Short Film Festival. She has also been recognized and received twice the Best Leading Actress THOC Award, for "ORLANDO" (2004, Dir. Lea Maleni) and for "INCOGNITO" (2009) which she also directed. 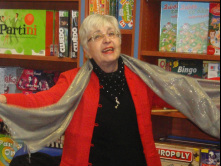 Effie Papatheodorou is an actress and a writer. As a professional actress she participated in numerous theatre plays, television series, Greek and International films and in various acting roles - ranging from ancient Greek tragedy, comedy, farce and boulevard. In the Greek television series "Στο Παρα Πέντε" she created the character of "Theopoula" who was adored by a vast audience ranging from young to old ages. Effie loves Cyprus!

Andreas Araouzos graduated from the University of Manchester with a BSc in Mathematics & Management. He then acquired an MBA from the Cyprus International Institute of Management. He is the founder of Alpha Square theatre productions in Cyprus. He has attended the Acting Workshop at Webber Douglas Academy and the Director's Workshop at RADA, both in London. Since 2012 he is Assistant Director at Theatro Ena, Nicosia, both directing and acting.
In 2012 he published a collection of articles from his Phileleftheros newspaper column. The book is titled
"I have an issue: Substantial triviality".

Kristie Papadopoulos was born in Nicosia. Since the age of 12 she studied advanced Opera classes, but down along the road the theatrical magic mesmerized her. She studied Performing Arts, with a scholarship, at the National Theatre of Northern Greece ("NTNG") where she then earned a position to work in the NTNG plays, and at the same time she participates in short films. She has attended many professional seminars and theatrical workshops in Greece and the US. She also participated in a seminar based on Antigone for the University of Southern California, School of Theatre, in L.A. Kristie was the lead actress in the dramatic TV series «Γυμνοί Άγγελοι» broadcasted by Mega and «Πρεμιέρα» by ANT1 Cyprus. The past year she impersonated Shirley Jones at the monologue "JORDAN" and role of Julie at the play "MISS JULIE" adaptation by P. Marber. She is currently the leading actress at the feature film «Πέντε Σελίνια Νάϋλον» directed by C. Siopachas. She loves to contribute to her community through charity work and as a consequence she is the ambassadress of FTBC, against breast cancer.