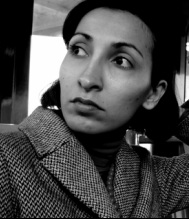 Born in Cyprus and from a young age loved the arts, especially cinema. Teenage years was a period of endless travelling in the world of films. Back then she discovers that films are a depiction of reality seen from different perspectives, a way to communicate visually with others. Later on she realizes that in filmmaking there is no line dividing what is "real" and what is "make believe". Graduated with honours and a BA degree in Visual Communications from Hawaii Pacific University and an MFA (Masters in Fine Arts) in Motion Pictures Production/Directing from University of Miami. During her studies she gained professional experience in the field by working for American TV stations, as teaching assistant for film production classes at University of Miami & directing TV commercials. She directed twelve short films, screened in film festivals around the world. Her films “Trapped Inside” & “Nightfall of Eden” received numerous awards worldwide. For the past 6 years Daina is based in Cyprus and works as  director and production manager at a local production house. She directed and produced more than 200 TV commercials and corporate videos, some broadcast in Europe and Middle East. 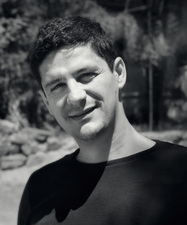 Born in Nicosia 1972, based in Cyprus. He has an early background in Still Photography. He studied 'Film Studies' in Vancouver Film School, Canada and works in the industry as  Director of Photography since 1999 filming TV Commercials, Documentaries, Music videos, Corporate, Still Photography, Infrared. He has professional experience in various positions of the film industry for over twenty years. Awarded with the Best Cinematography Award for the film ‘Nightfall of Eden’ in the 8th Monaco International Film Festival 2010. Occasionally he is directing projects which evoke his  senses and  colour correction is part of the joy. Sofronis is drawn to exciting, stimulating projects. He can’t wait to get stuck into whatever comes next. Infrared is his complete freedom in photography. 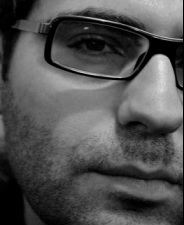 Fanos Christophides graduated with a 5 year Diploma in Electrical and Computer Engineering from the National Technical University of Athens and with an MSc in Personal and Mobile Communications from King’s College London. In 2008 his research "Iterative hybrid graph and interference aware scheduling algorithm for STDMA networks" was published in the internationally renowned science magazine Electronics Letters. Art was always his alter passion and the gateway to express himself. He learned to play the guitar, wrote lyrics and composed songs, participated in music bands and theatrical plays. In the past few years he started experimenting with visual arts and writing, where imagination becomes a reality. He wrote several web-articles, short stories and screenplays including "The Struggle" and "Who I want to be when I grow up".  His main topics are about humanity, global issues and also fiction. His fictional/avant-garde screenplay "Nightfall of Eden" (2009) was produced into a short film and won awards worldwide. He is an officer at the University of Cyprus in the field of video applications and multimedia. At his spare time he works on his first novel "King of Ants". 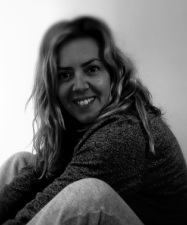 Lisa Tsouloupas was born in Cyprus 1972. Graduate of Accademia Cappiello, Florence,Italy with degree in Interior Design. Since 1999 she is working as a freelance Production Designer and Costume Designer for TV commercials and the Film industry in Cyprus. Credited with many short and feature films. 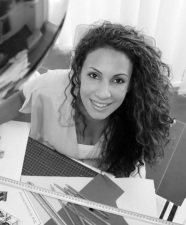 Christy was born in Nicosia. She has studied Drama in London and then continued her studies at Central Saint Martins from where she graduated with a BA and an MA in Scenography and Costume Design. Since she graduated she has been working with the National theatre and Independent productions. She has also worked as a freelance Production and Costume designer for commercials, television, and the Film industry. 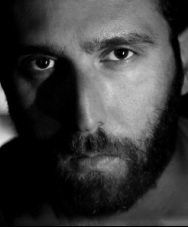 Emilios was born in 1982. He studied Audio Visual Communication(Diploma) at Frederick Institute of Technology in 2001. In 2005 he takes the Media Technology degree course at Thames Valley University in London. His studies urge him into broadening his knowledge in Visual Effects so in 2006 he enters a Digital Compositing training program at Escape Studios in London. He starts working on feature films at studios in London as a compositor. In 2007 he returns to Cyprus where he currently works as an editor/compositor/motion graphics artist for TV commercials at Media Studios. In his own time he works as an editor/compositor on short films, a director for music videos and as a video artist for theatrical plays. 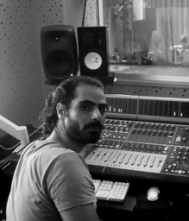 Andreas got his start in music at the youngest of ages by listening to his mother sing traditional music at weddings and concerts in Cyprus. Years later, upon graduating from Berklee College of Music, with a degree in Music Production and Engineering and in Contemporary Writing and Production, he established his own facility eleven63 in his home town Nicosia, Cyprus. He is now working with the cream of the Cypriot scene, producing, recording and mixing songs, jingles, film scores, records, as well as designing sound for films, TV and video games. He is also a founding member of Louvana Diskoi. In his free time he plays drums and percussion in clubs and venues with his band Stelafi, with J.Kriste and with his mothers’ band. He is also teaching audio production at Frederick Institute of Technology. For the record, he was born on September 7, 1982. 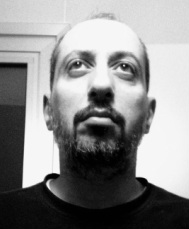 Neofytos graduated from Ringling School of Art and Design with a BFA in Computer Animation. He was employed in the position of 3d Animator for Xbox games at Digital Anvil in Austin Texas. He currently works for a Production company in Cyprus as a 3d Artist. He enjoys drawing, photography and reading. 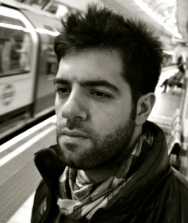 Born and raised in Cyprus, Stavros Makris is a versatile composer, songwriter, arranger, orchestrator, and music producer. Specializing for film and multimedia, he has also written and produced music for theater, TV, radio jingles, and songs in various styles. He completed his first Master degree in Film Scoring at New York University, his second Master in Advanced Musical Studies at Royal Holloway University of London, having previously studied Contemporary Writing & Production at Berklee College of Music. Currently he works as a freelance composer, while also teaching music at Cyprus Music High Schools. 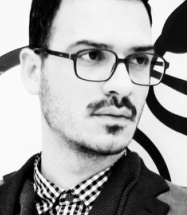 Marios Psarras holds an MA in Film Studies from Queen Mary University of London, having previously studied Education and Philosophy at the University of Cyprus. He has worked as a teacher, radio producer, TV presenter and reporter, and also in theatre and film productions, as an actor and/or director . He currently lives and works in London, where he carries out a PhD research in Contemporary Greek Cinema. 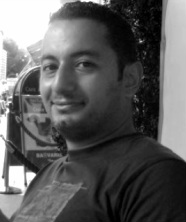