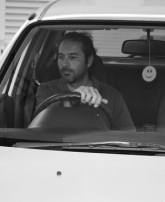 Costas was working as a Producer / Production Manager in Lumiere Services (a television station and production house) 1990 – 2011. He has worked on numerous television commercials, documentaries and feature films, some of them awarded in festivals around the world. In 2011 he left Lumiere Services and started working as a freelancer Producer/Production Manager. He believes that the filming industry is one of the most exciting and challenging  jobs and he loves what he does! 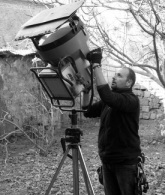 Polyvios Symeonides was born in Cyprus 1974.He studied at Lykourgos Stavrakos School of Cinematography in Athens and at the BBC Training Camp where he did the Cameracraft course.Joined the team at MS Viewpoint which is a production house as a camera operator and lighting.In 2005 he created Movies&Stories,a cinema equipment rentals company which provides the local industry with lights,crane and etc.He has worked as a key electrician and camera operator on various tv commercials,feature films,short films and documentaries. 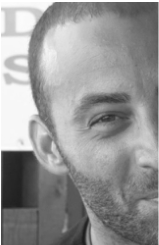 Michalis Michaelides was born in Nicosia. He studied Management, he also holds a B.A. in PR, Marketing & Advertising and a Master's degree in Business Administration. From an early age he realized his love for arts and cinema. He is a co­-owner of Sleepwalker Film Productions. His professional experience is related to film production and events as a PR/Marketing Consultant. He is  also (involved in) leading (a range of) diverse  projects as an outsource Marketing Consultant. 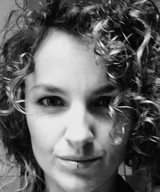 Dorothy Howls was born in Warsaw, Poland but has lived in Nicosia for almost a decade. She is a passionate art professional whose field of expertise is as broad as her views of possible art developments in Cyprus. She has worked in advertising as an Art Director and Senior Graphic Designer in several different organizations, both in print and in television (local TV productions such as "Guerrillas", ΓΥΜΝΟΙ ΑΓΓΕΛΟΙ, “The last homecoming”, etc). As of her own initiative to promote culture of non-materialism and collective thinking she has organized events such as Humannequins Fashion Show, Bizarre Bazaar, Food&Wine Festival, Pop-Up Store, Auction Yard and she has few new projects running. 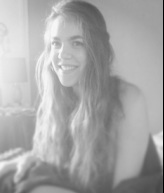 Hellen Vavanou is a make up artist and hairstylist working as a freelancer for the past 4 years after completing her studies at the University of Nicosia. She has done numerous feature and short films, commercials, editorials and fashion shows across Cyprus and Greece.